Extended Bio:
Bassist/guitarist/composer Eric Klerks is a world-renowned musician. He has performed at major festivals and venues and taught in schools across the United States, Europe, the United Kingdom, Australia and the Middle East.


Since 2009, Eric has been a member of The Magic Band, a critically acclaimed group formed by alumni from the bands of Frank Zappa and Captain Beefheart. The band has recorded a live album at Chelsea Stadium in London for Proper Records and two live DVDs, also recorded in the UK.

In July 2014, Eric joined the Grandmothers Of Invention, a group of Frank Zappa alumni performing Zappa’s music. The invitation came after filling in at the last minute for then-bassist David Parlato, who had taken ill. Eric’s audition was a 1.5 hour concert at the Zappanale Festival in Germany for an audience of 8,000+ Zappa fans. The band toured the US and Europe on a regular basis until Eric's departure in 2016.

Eric also works as a session musician and sideman and has contributed to live and studio projects by such internationally acclaimed artists as Zoe Poledouris, Angel Roche, Louie Perez, Sussan Deyhim, Will Calhoun, Greg Ellis, William Close and the Earth Harp, Rafe Pearlman, Vinny Golia, Looner, The Chelsea Royal, Hamed Nikpay, Googoosh, Bear McCreary, Ringo Starr and many others. He also performs regularly for theater, dance and cabaret shows and writes and orchestrates music for film, theater and television, including a three year stint as Composer In Residence for the Shakespeare Festival at Tulane University.

In addition to his work as a performer and composer, Eric is also active in music education. He teaches private lessons and also works in collaboration with public and private schools. Eric also gives clinics at the collegiate and graduate levels. 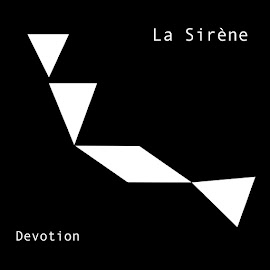